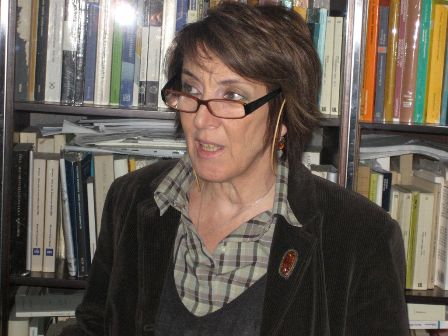 Full professor of History of Philosophy at the Department of Humanities of the University of Palermo, I coordinate the Workshop of Critical Social Philosophy (http://portale.unipa.it/eventi/philosophicalstudies/Past_events.html) as Principal investigator, and I am currently Scientific Director of the IVth International Conference of the European Network on Social Ontology (ENSO IV conference, September 2015, University of Palermo, Palazzo Steri).

My philosophical interests are broad, concerning  both continental and Anglo-American philosophy. I began my life in philosophy focusing my research interests on continental philosophy, specifically on Spinoza, Nietzsche, Adorno and Habermas, in relation to the various themes of gnoseology and epistemology that they address. Over time I have been developing my interests in social and ethical philosophy from Aristotle to Rawls and, more recently, in Hegel and Searle.

My recent work of the last 15 years is on John R. Searle’s philosophy of mind, language, action, and society, also in its relations with continental philosophy, both on the epistemological side (Aristotle-Brentano-Husserl) and on issues concerning ethics and social ontology (Hegel and Habermas).

In this research I also explored some theoretical consequences of the crisis of the views of truth as correspondence, of a spectatorial mind, and of reason as a faculty of the mind wholly separated from the dimension of emotion and affectivity, toward an identification of a new naturalistic and non-reductive model of the relationships between rationality, truth and mind.

Currently, I work on the hypothesis that it is possible to trace the genesis of the parallel between logic and morality in the norms that are implicit in our concepts and that regulate both their theoretical employment in our cognitive practices and their practical use in deliberation and action. I hold, in other words, that the ethical, logical and institutional normativity structuring human rationality can be reconstructed based on a careful analysis of the logical-normative structure of the background competences governing the mind-world relationships. Thus I aim to reconstruct the complex relations between theoretical and practical rationality, between true and just, in a cognitivist and anti-relativist perspective, and to address the issue of an ethics of institutions.

I am a member of the Board of Directors of the Società degli Storici della Filosofia (SISF, Italian Society of the Historians of Philosophy), and a member of this society since its foundation.

I have spent research terms abroad (Francoforte, Cambridge (UK), Berkeley USA). Most recent among these:

April 14th 2011: lecture on “Some reflections on Speech acts” at U.C. Irvine, Department of Philosophy, invited by Prof. Margaret Gilbert.

I have been director of the IV series of seminars at the Scuola di Alta Formazione Filosofica in Torino directed by Ugo Perone (Università del Piemonte Orientale), held by John R. Searle (University of California, Berkeley) from 19th until 23rd may 2008.

I took part to PRIN projects (National Interest Research Projects), to the innovative University project on “Mind and World” (University of Palermo), and I have coordinated other University research projects.