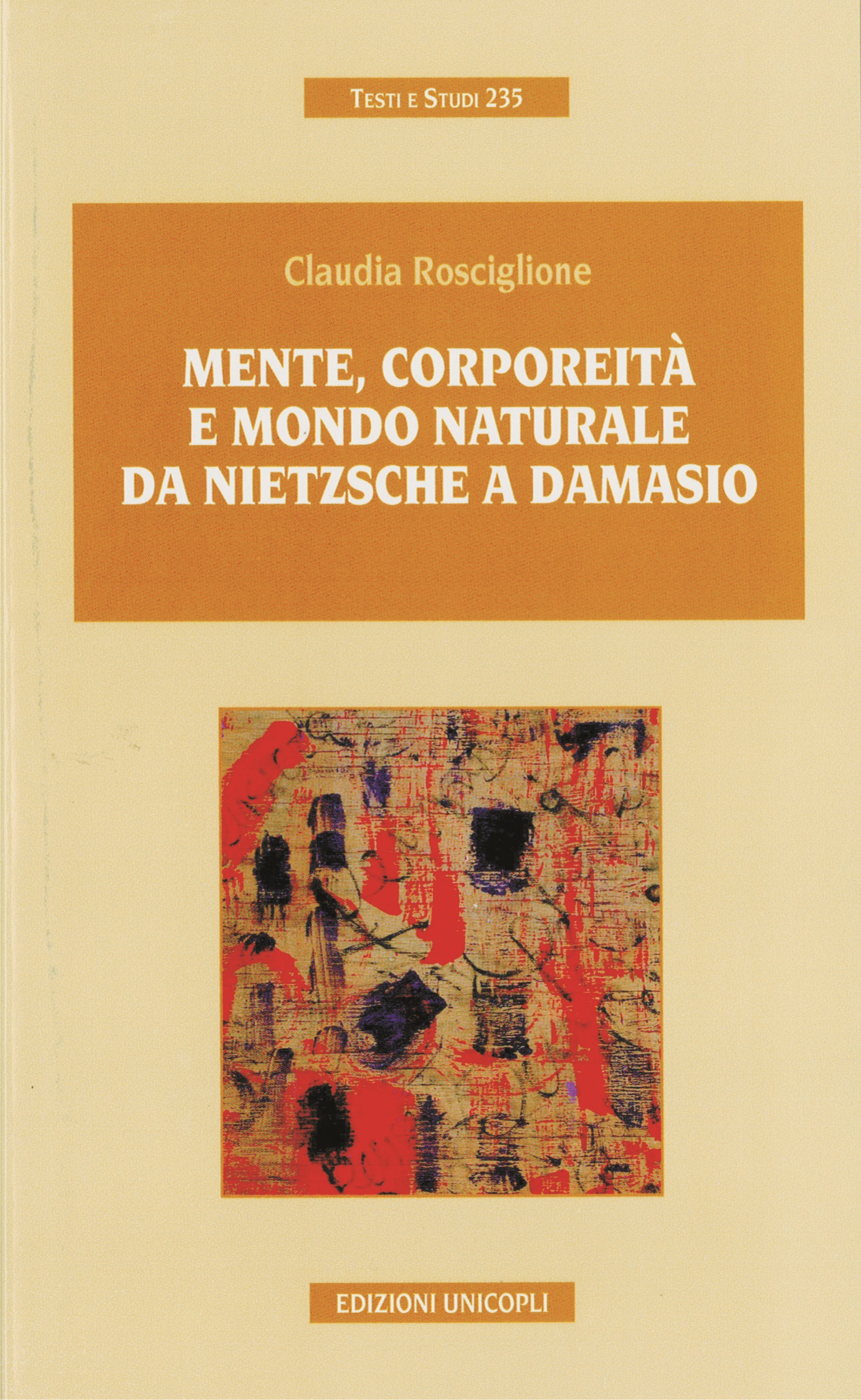 The book aims at pointing out a particular philosophical and scientific paradigm in which the relationship between body and mind, as well as the one between human beings and culture, is intended both in antidualistic and antireductionist terms. From an evolutionary and emergentist perspective, mental states are here considered as evolutionarily complex states deriving from less complex and lower-level biological states. According to such an hypothesis this redefinition of the mind-body relationship is placed within a wider naturalization process that would see human beings as an integral part of the animal and natural realm with its own specific features.  The ideas of an embodied mind and of a naturalized human being, not contrasted against the natural world, are two fundamental guidelines of this book.

The research here pursued looks both at the past, identifying in Nietzsche's late Nineteenth century philosophy some meaningful interpretative keys for the mentioned themes, and at some of the most recents theories in neurosciences and in philosophy of biology. On one side, it emerges the fundamental role, in Nietzsche, of a non-reductive physiologism converging with a form of evolutionism. On the other side, it is pointed out how the developments of evolutionism, molecular biology and life-sciences during the last two centuries suggest a valid model capable of overcoming the dualism/reductionism dychotomy and in which, therefore, a new concept of emergence can take place.

In Nietzsche's work a dynamic worldview is radically opposed to mechanism and teleologism, and can give an account of all the complexity of an extremely variegated nature. Human beings are no longer extraneous to this nature and are prefigured as elements among other constitutive elements of this nature. This is the ground in which the research pursued in this book takes place. In the book emerges the fundamental role of a biology of self-regulation and of a cosmology of chaos that, beyond pointing out the constant influence of Nineteenth century sciences (Roux, Mayer, Vogt, Helmoltz ecc.) on Nietzsche's worldview, implies the recognition, on the part of the philosopher, of the irreducibility of the different to the identical, and of the complex to the simple from an ontological, gnoseological and ethical-social point of view. It is a Niezsche that, through his hypotheses on the development of living beings, on the self-organization of the world, on the relationships between organic and non-organic, appears in a singular consonance with some of the most recent scientific and gnoseological theories.